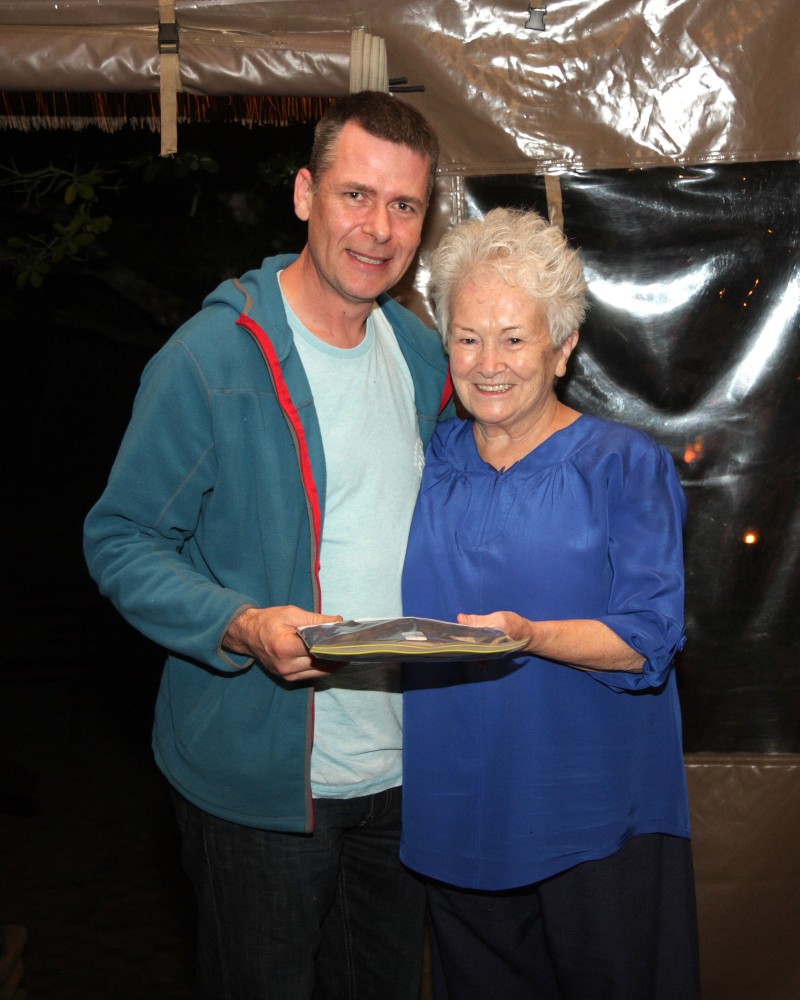 Missionvale is the name of a township on the outskirts of Port Elizabeth, it has a population of around 25,000 people, and its size is around a kilometer square. Missionvale Care Centre has been developed by Sr Ethel Normoyle. The Centre which started from very humble beginnings underneath a simple tree where Ethel cared and tendered to the needs of the poor, to 28 years later – where today stands an inspiring complex which consists of a Primary School, Nutrition & Wellness unit, GP unit with its own pharmacy, Clothing Warehouse, Craft Unit and Community Gardens, Church and Community Hall. All this infrastructure provides a loving and caring environment for the poor and destitute people of Missionvale township.

The people of the township have access to water through 16 stand pipes throughout the township. A daily average of 1.000 people pass through the nutrition unit at the care centre where they receive a food package in return for some item that can be recycled and reused, the food package would normally consist of a half loaf of bread, a cup of powdered soup and a bar of soap.

A team of 28 people departed from Shannon in January to work on some of the following projects. The 1st was rain water harvesting – . The 2nd project was to upgrade and install 34 new cctv cameras . Other works completed during the week were some building painting, retaining gulley walls were erected and gulley traps. The work was enjoyable and it felt good to help .There is always something to be done in the Care Centre and you could get lost in your work quite easy, but Sr Ethel insists that every new volunteer goes out into the township with one of her care workers to get a real feel for the place and the reason why you are there to help. It was on one of these walks in the township that I really realized what coming to Missionvale is all about.

When I left the Care Centre with the care workers we only had to walk 20 yards before you were met with shacks and poverty. We visited 6 houses/shacks that day and this is just a sample story of one of those visits , we went inside this shack to speak with the lady of the house. I was immediately hit by the poverty this woman has had to endure as her house consisted of one room which was walled and roofed with galvanized sheeting, the floor was the earth we all stood on and her furniture consisted of a bed made from four timber pallets with a double mattress on top, a 2 seater chair and a kitchen dresser, and a single camping gas ring and there was no electricity or water and no toilet nearby.The woman was 76 years of age – the only family left with the woman was her 9 year old granddaughter who was lucky enough to be attending the school at the Care Centre. The granddaughters parents had both passed away from HIV , the grandmother was very stressed and worried that when something was to happen to her as to what would become of her grandchild. The care workers provided some medical checks on the woman, but there main help to the woman was counseling and advice to prepare a path for the care of her grandchild. When we finished our walk around the township, I asked the care workers how did they know to call to certain shacks.  They told me some are follow up visits but more often than not some neighbor that had attended Care Centre would have asked for a care worker to call to a person like the grandmother we visited earlier because they were concerned for her. When you hear an answer like that it really does sink in that Sr Ethel has built so much not just buildings, but a community.

Finally the last day at the care centre was one I will always remember, it was a Friday, The people had been queing outside the centre since 7am, there was a lot of pushing and shoving in the queue as the volume of people grew. At 3pm the gates had to be closed – there was no more food to be had, the nutrition unit had fed 1,240 people/families;. There were still around 500 people outside and these would have to wait and queue again on Monday morning with the hope of getting some food. Every volunteer there felt deflated at the sight of these people being turned away, but we were reminded by the staff of the great work that had been done that day.

It was a honor to help and represent our community in Missionvale and I would like to think I will return again. Fr Donagh and I hope to run a BBQ later on in the year in the parish house in Tuamgraney with all the proceeds going to Sr Ethel in Missionvale and hopefully you will all come out and support it – it`s a very worthy cause .