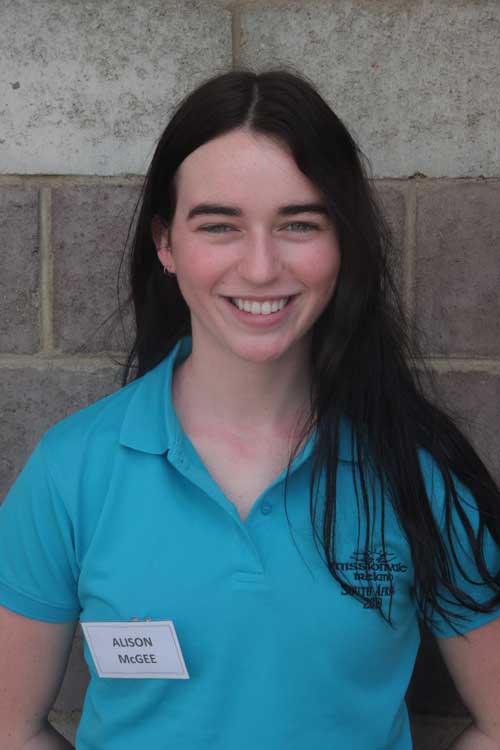 I can honestly say that the week I spent in Missionvale has been the most challenging, humbling, life-altering experience I have participated in to date. However dramatic it sounds, every minute I spent there was a revelation. It is hard to put into words the unquestionable effect this trip had on me, but I will do my best. It was an eye-opener that gave me new insights into poverty, wealth, privilege, joy, hope and love. The Missionvale Care Centre is the epitome of hope. On our first day driving to the Centre there were various things that caught my attention along the route.
I cannot emphasize enough the contrast between wealth and poverty. You look out the window and one minute you see beautiful houses along the beachfront, KFC, McDonalds, next minute, there are piles of litter so high they could pass as buildings. You see animals roaming around; cows, dogs, goats. You see shacks and find it incredulous that these dwellings are actual houses where people live. You notice the wires coming from every direction where the people have tapped into the electricity poles. The graveyards with a blanket of rubbish creep up on you as you drive by. Yet among this poverty, singing emerged. We arrived at the Care Centre, looked outside to a welcome bursting with song, gratitude and happiness. One thing that I couldn’t get over while on my trip was just how tactile everyone was.
As we got off the bus every person wanted to hug you or hold your hand and honestly it made me feel so welcome and appreciated. My first day consisted of a tour around the centre and a brief history, working in the gardens and working in the youth centre. We walked to the tree where Sr. Ethel began this amazing journey with this community 31 years ago. We were told about the story behind the tree and everything it represented. This tree is the embodiment of the Missionvale story, which is why it is one thing I’ll never forget. I found it easy to integrate with the children. Every time they saw any of us they would run so fast you’d think their legs would fall off. I loved that when they would see you, they would smile and wave, sprint towards you, jump up and wrap their hands around your neck. It hit me with a feeling of joy like I’d never experienced before. The children wanted to know my name and they would keep repeating it until they had perfected it. They wanted to take pictures of me and of themselves and of their friends. Once or twice I talked to some of them and they would say something that was quite hard to hear. One boy asked me if both my parents were alive and was utterly shocked when my answer was yes. It’s hard to understand and believe how death could be such a normal thing to children so young, but it is.
On our last day in the Centre we were saying goodbye to everyone and all of the kids were scrambling to get something to remember us by. One of my friends, Malayzi, asked could she have my socks so she would never forget me. A thing as mundane and simple as my socks was all this girl wanted. I’ll never forget that. One thing that really struck me was, one day, we went on home visits with the community care-workers and we went to one particular house where the woman living there was dying. She was near to death, perhaps a few weeks from it, but she invited us into her home and into her room where she couldn’t move much because she was bedridden. She used so much energy explaining to us, through tears, how happy she usually is, sitting up and making jokes. However she apologized for her appearance and form because on that day she was in too much pain. I couldn’t understand how someone would apologize to foreign strangers for not being in a better mood, but that’s the way these amazing people are. They care about us even though they don’t know us.
My week in Missionvale consisted of singing, laughter, tears, guilt and appreciation. Singing every morning at devotions was incredible. The workers in the Care Centre would sing songs of hope and thanks to God and anyone who has helped them. Laughter usually followed anytime we attempted to sing a song, but there was one or two good renditions of Travelling Soldier and Ireland’s Call. Our last day in Missionvale was characterized by tears, tears of joy, thanks and sorrow. Guilt was something I felt a lot of. Guilt and privilege were hard to deal with when you saw how little the people had but how happy they were to have it. However guilt is a useless emotion if dwell too much on it. I tried to turn my guilt to appreciation for everything I have.
Finally Sr. Ethel, she is a walking saint and the epitome of greatness. She is kind, loving, formidable and strong. She has built a community like no other. My week in Missionvale has been one of the best times of my life.